6 Traits of an Attractive Man Being modest is not about you putting yourself down – it is about not letting others place you atop a pedestal.

This chapter is one of the many more that are to come with regards to how a man has to behave, what he needs to do to fulfil his destiny of a man.

Traits of an Attractive Man does not refer only to those traits the females find sexy. It refers to the traits that allows him to attract things in his life – good things.

It is to no surprize that the most successful men in the world, be it philanthropists, spiritual leaders or awakened and successful individuals in day to day life, they all exhibit many of the traits that we have started to describe in this long series of know how to be a man.
Not only are these qualities easy to understand and to exhibit, but it is also the starting point towards the greater values any man or person should embrace for a happy life.

Knowing what you want in life and going for it is a very attractive masculine quality.

Together with exhibiting leadership skills, being decisive is required when leading people or groups of people.
Next time your girlfriend asks you “what do you want to do tonight?” don’t reply with “I don’t know, what do you want to do?”
Instead, just take the initiative and throw something out there like: “we are going to go for a coffee and then have a desert at the place next to the market”.
Just go ahead and say something! It doesn’t have to be anything fabulous as long as you say something.

Decisiveness is a quality that develops the more you use it. I used to have a really hard time being decisive in my day to day life. After being aware of this problem I can say that now I can make decisions on the fly.
When you come to a fork in the road, take it!

Be assertive! Be assertive! Now what on earth does this mean?
In order to be self-assured means to never compromise your own opinions to better fit others – be them the president of America, your girlfriend or your boss.

You need to believe in the power of you.
Let go of the fear of being judged by those around you and speak your mind more.
You don’t have to be a jerk about it either – however you need to always be firm and know where you stand.

As an example: If you and your girlfriend are going out for dinner, let’s say 2 scenarios could take place:
1.             You: Hmm I will go with the burger and chips this time.
Her: That’s so boring, it’s something a 12 years old would have for dinner.
You: Yeah – I guess you are right – I will have a foie-gras better.

2.             You: Hmm, I will go with the burger and chips this time.
Her: That’s so boring, it’s something a 12 years old would have for dinner.
You: *you put a big smile on your face and give a quirky laugh and smile* -Well I guess I am just going to have to get a double burger then with extra chips.

Which of the 2 ways do you think it’s the correct one?
The second one clearly demonstrates that you follow your own sense of internal validation.
You were hungry for a burger and so you ordered it – no questions asked.
Women and people in general highly respect this type of masculine attitude immensely.
Besides being assertive, you were actually funny and you played along with it – and you did not start a silly fight over it to turn it into a dominance struggle.

Being masculine has a lot to do with the level of maturity you exhibit.
Being mature is all about being responsible.

How often did it happen to you or saw others that were stuck in traffic. They instantly snap and start swearing, hitting the horn and do God knows what.
If your friends are around or even worst, your girlfriend, what do you think their impression will be?

I have been there and realised that a peaceful mind will always point you towards a good resolve.

Somewhere around 5 months ago, me and the girl that I was seeing back then decided to take a short trip to a quiet place at the mountains. (Need I mention that I was the one to decide this short trip and the details? I hope not – Oh I just did it just in case you forgot).
Being dark and cold, we finally arrived at our destination.
The place had central heating and mostly run on electricity – except for the cooking hob.
And guess what – there was no electricity there that night. The power was off.
My first instinct was to snap and start cursing that the short escapade was ruined.
After taking 3 deep breaths, I soon realised that instead of ruining the night even more with my outburst –  I could in fact try to make it better.

We turned on the gas hob for some warmth, closed the kitchen door and ended up resting on the kitchen floor and having one of the best experience in terms of quirky sex and generally being creative with everything.
She enjoyed it and seemed sad when the power came online at 5 am in the morning.

Most of you guys (and my younger version) would have gone nuts and ruined the whole night for yourself and for the girls you were with.

Some equate modesty with weakness. Do not be deceived.
Nothing could be any further from the truth.

In reality it is the man with true inner strength who can disqualify himself and resist the urge to let others place him on a pedestal.

!!! Being modest is not about you putting yourself down – it is about not letting others place you atop a pedestal.

Whenever anyone says something nice about us, we immediately agree and even take it further to brag about it. This comes from a place of insecurity and acknowledgement at the subconscious level that you never receive such compliments and that you need to compensate more.
Don’t fall into this trap. Just say thank you and change the topic.

5. Approval Giving – Giving Value to Others

That which has no value for himself, will have none to give others, obviously.
Simply put, you can’t give something to someone if you don’t have it yourself.

Appreciating and complimenting people around you more often will only show others how confident, attractive and abundant you are in those qualities yourself.

People and women don’t like men who put them down.
It comes from a place of insecurity and its only purpose is to bring everyone down to your own pathetic level.

Ambition is the ultimate trigger for attracting people in your life – especially women.
Women for example, want men that are ambitious – not rich. Being rich is just the outcome of the ambitious guy you always see surrounded by beautiful women.
Their wealth demonstrates ambition.

This can be translated into survival value. It all comes down to living in tribes 10 000 years ago.
Ambitious men were able to hunt better, build better homes and taking part in the tribal leadership.

Make your life goals known to your friends and girlfriends.
Tell them what you are passionate about in life.
Talk about your purpose on planet Earth.
Voicing these out will not only attract them faster into your life – but it will also make your girlfriend extremely attracted to you.

Take these steps one at a time and analyse them – visualise yourself being the man who carries them around his whole life.
Be sure that your life will profoundly change when you adopt them as much as my life changed when I became aware of them. 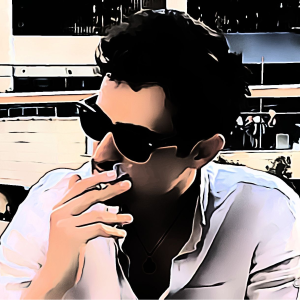 The Good Guy vs The Bad Boy

The Communion of Soul Mates – Who, What, When and Where

The Influence of Media on Man – the 21st Century “Man”

How Will Humans Adjust to Post-Capitalism, a Period of Unlimited Freedom and Leisure in Their Lives?